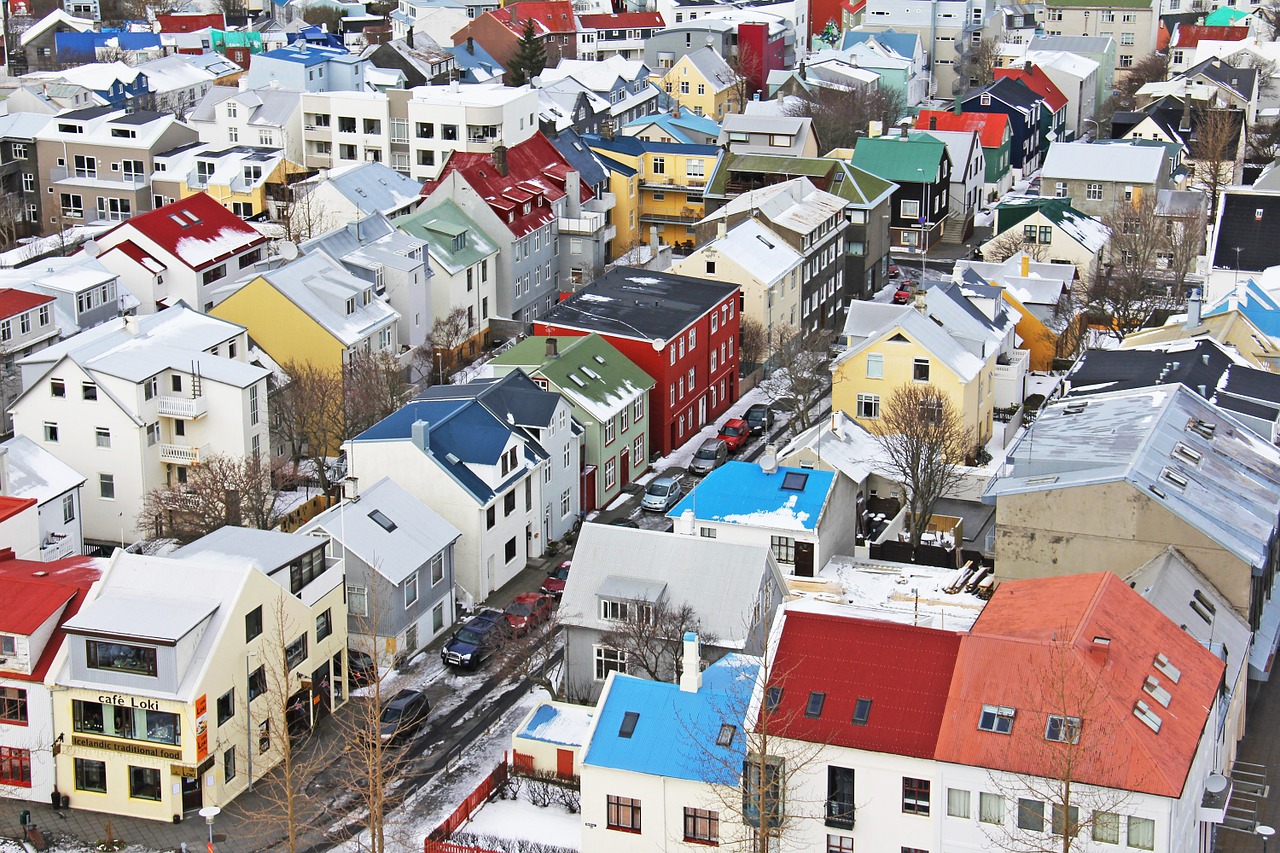 One of the most isolated countries in the world is Iceland. Situated north of the Atlantic, the country has a meager population of 320,000 spread over an area of 103,000 square kilometers. This makes Iceland the most sparsely populated European country. One third of the population lives in Reykjavik, its largest city, while the other two-thirds mostly reside in the southwestern portion of the nation.

Despite its name, Iceland is a volcanically active country. The lands are filled with volcanoes, lava fields, geological hotspots, and glacial rivers. Additionally, even if the land is located in a high altitude (actually, just beyond the Arctic Circle), the country has a relatively warm temperate climate thanks to the Gulf Stream.

Iceland’s culture originated and developed from Norse and Gaelic heritage. In fact, most Icelanders are proud descendants of the brave and legendary Vikings. The country’s national language is handed down from Old Norse and is related to West Norwegian and Faroese dialects.

This exotic country has drawn thousands of visitors all over the world. There are so many sights to see, places to explore, and dishes to try. Just like in any other country, the number of attractions may overwhelm the tourist. To start off the exploration, it’s best to visit some of the country’s museums:

This museum was established in 1993. To date, it is the only art museum in the country that is located beyond the Greater Reykjavik Area. It was originally a dairy building, which was later converted into a museum. The museum houses a gallery that features classic Icelandic artworks, photos, and videos. Since 2006, the museum has been host to the Icelandic Visual Arts Awards.

Founded in 2005, the Center of Icelandic Art is a museum that is dedicated to promote Iceland’s visual arts. It aims to establish a connection between the local visual art community and the global art network. The museum has plenty of displays of Icelandic artworks and crafts.

A one-of-a-kind gallery, the Galleri Sudurgata 7 is an experimental, interactive art gallery in Reykjavik. Visitors can appreciate and have fun interacting with Fluxus artwork by renowned artists such as Eric Andersen and Rober Filliou; conceptual arts by Dick Higgins, Peter Schmidt, and others; and mail artists such as Endre TOT and Robin Crozier.

Being descendants of the mighty Vikings, it is only appropriate for modern Icelanders to make a tribute for them. The Viking World Museum houses an exhibit of Viking artifacts and relics unearthed in archaeological sites. The main attraction is a full-sized replica of a Gokstad Viking ship, which suspended in the air so visitors can check out the workmanship underneath her hull. Additionally, the museum plans to have a replica of a Viking village constructed near the museum.

This is actually a real, functioning research center with an enclosed museum and café. Situated in the Westfjords in Iceland, the center was established in 2007 with the help of researchers and locals who are interested in the preservation and study of the arctic fox. The museum is also geared towards the fulfillment of a sustainable wildlife tourism, specifically, the interaction of tourists and foxes.

These museums, galleries, and research centers should be part of a tourist’s itinerary when he or she visits Iceland.